Well Ryan turned 31 on January 19th. I started the day out with his ideal birthday breakfast... 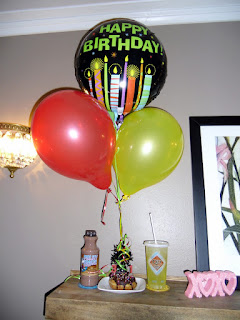 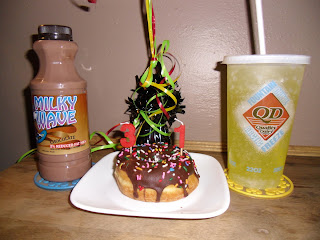 Norris was in charge of guarding it until Ryan got up. 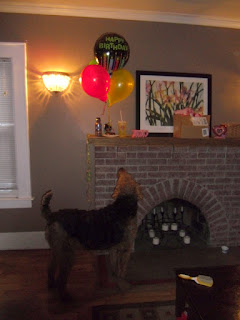 That evening we had dinner at Cheddar's where he got his birthday gift. 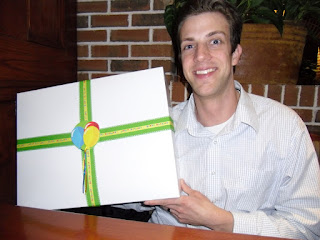 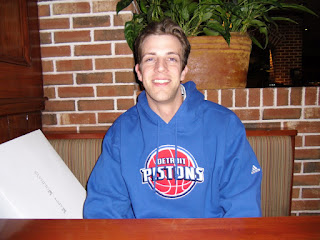 I played this birthday very casual because I was actually being very sneaky! The next day I told him I had a surprise. First up I took him to the Birch Run Outlets where some of his favorite stores are (Calvin Klein, Banana Republic, Eddie Bauer). Then surprised him with a hotel stay and tickets to the Detroit Pistons game that night. I'm glad I decided to stay down there that night because it snowed quite a bit and we had to work at the temple the next day anyway. So a successful weekend indeed!
Posted by Stephanie at 9:33 PM 1 comment:

Well our big fluffy Airedale Norris turned 5 on January 15th! We of course had a party complete with the usual party hats and birthday treat. This year Norris opted for a big peanut butter cookie rather than a cake since he's watching his weight :) Yeah right. 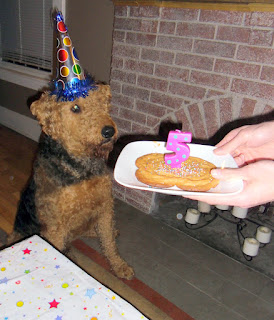 Norris is generally very good about sharing with his sister. 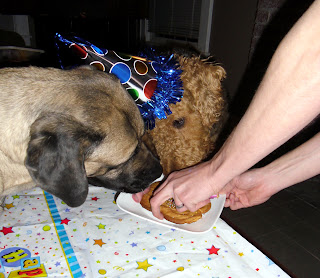 He also loves to help clean up, our dishes have never been cleaner :) 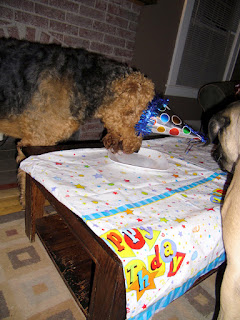 We sure love that dog!! 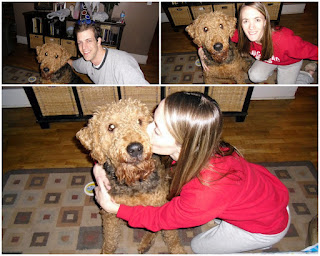 Posted by Stephanie at 6:06 PM No comments: 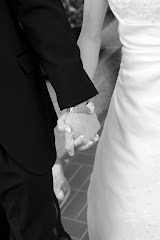 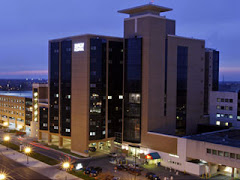